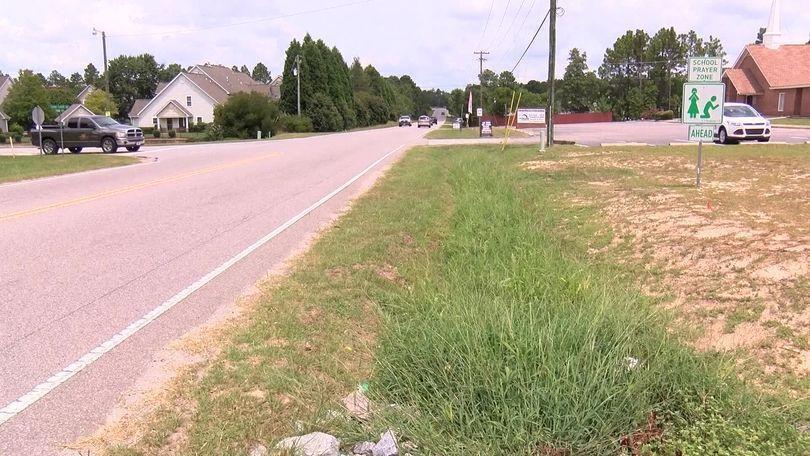 What happens when a road sign declares a “School Prayer Zone”? Well, it certainly stirs a reaction. Consider the online blog of self-identified atheist Hement Menta (Aug. 6) regarding that marker appearing on a street near Richland County schools in South Carolina. [i]

Menta complains, “It’s just another way for Christians to shove their beliefs in people’s faces instead of doing anything that would actually help students… There’s no shortage of prayers in the state. They haven’t helped. By one count, South Carolina ranks 43rd in the nation in education.” [ii]

Vanessa Frazier, founder and director of Christ teens, developed the signs. In comments to TV station WYFF, she told the reporter daily prayer is, indeed, needed: “We want this next generation coming out of our public schools every 365 days to be productive citizens with wisdom, understanding, knowledge, skills and ability…You know, everything you would want from a graduating class.” [iii]

The State confirms the postings are legal because they stand on the private property of local churches. This includes a 2 Chronicles 7:14 Scriptural reference on the signs; a well-known Scripture calling for repentance. For Frazier, “This is a perfect example of Church and state, whereas we’re staying out of the area of the state, but we’re bringing it onto the land of the church.”

But, why should it be illegal to share Scriptural and prayer encouragements on state land? Certainly, the U.S. Constitution does not forbid it. Thomas Jefferson’s mention of separation in his letter to Danbury Baptists did not intend to protect the state from the Church; rather, the opposite—to shield the Church from state overreach. Sadly, that misrepresented division has poisoned the American education system.

In the 1963 case Abington School District vs. Schempp, the U.S. Supreme Court declared school-sponsored Bible reading unconstitutional. It followed a 1962 ruling against official school prayer in Engel vs Vitale. Both of these decisions—uncontested by America’s churches—together sealed the door of the schoolhouse against the influence of God, and the Judeo-Christian ideals of national education soon began to crumble; perhaps we should say, they died.

Atheist Mehta reminds it has always been legal to pray near schools; but mockingly, he likens prayer to “telling students they can set higher SAT scores by rubbing a rabbit’s foot before class.” Does Mehta have a point? Just a couple of generations removed from the justice’s rulings, we find South Carolina in the basement of scholastic achievement. In 2017, it ranked last.[iv]

The South Carolina’s Association of School Administrators (SCASA) holds a Superintendent’s Roundtable. It includes this profile of the typical South Carolina Graduate: They are to exemplify “World-Class Knowledge” and “World-Class Skills,” including life and career characteristics of “integrity, self-direction, global perspective, perseverance, work ethic and interpersonal skills.”[v] Those become wishful words on paper given the schools’ current test results.

Could it be, though, that those of Mehta’s persuasion do have reason for concern? Perhaps. The street signs on a private road in Richmond County showed action being coupled with prayer when a brave soul posted those signs. Maybe it’s not as ground-shaking as Martin Luther nailing his 95 Theses in 1517 that led to the Protestant Reformation—but maybe it is. Might it lead to an educational reformation in America? Why not?

Vanessa Frazier acted on her beliefs. God moves and works through human vessels who, in His Name, proclaim His power, and in South Carolina, one woman decided she’d had enough. Calling on churches in the area for help, three have so far responded: St. Mark’s Lutheran in Blythewood, Harvest Fellowship Church, and Restoration Life Ministries. Good for them!

Can notices on private church land start a national movement for “School Prayer Zone” signs across America—or perhaps better, a mass exodus from a beleaguered, unredeemable educational system? It can, if more churches add courage to their convictions.

The body of Christ, corporately and nationwide, has given much ground to secularists since those pronouncements set by the Supreme Court in the early 1960s. We are enjoined to obey the law, but when the law conflicts with God’s commands, we must obey God and not man. To know the right thing to do and not do it, James 4:17 warns, is sin.

When action follows prayer, systemic change results; just ask how the Hebrews, after 400 years of beseeching God, felt when Moses’ response to God led to their exodus out of Egypt and into freedom.

Revelation 8:4 records prayers rise as incense before God. Conceivably now, those yearnings collected from South Carolina over decades can find their answer. In Egypt, it took 400 years; maybe 50+ years is not so bad. Thank you, Vanessa Frazier, for taking action.