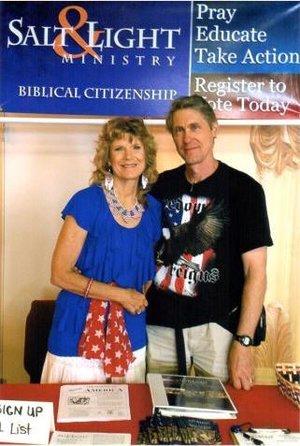 I find it interesting that liberals and progressives like to pull out the Jesus card and quote the Bible when they find it expedient to justify something such as economic socialism, but not when it comes to Biblical morality. The Bible condemns murder, such as killing the unborn, and sexual immorality, which it defines as fornication, adultery, homosexuality, and bestiality. But when it comes to morality, of course, then Jesus, the Bible, and all practicing Christians are labeled as bigots, homophobes, xenophobes, etc.

*Mr. [Peter] Cavanaugh’s claim that Jesus was a socialist is theologically false.

Jesus’s sermon on the Mount, the Beatitudes, has nothing to do with the role of government. It was directed to His listeners as individuals. In other words, his listeners – not the Jewish government or the Roman government – were encouraged to give charity to those in need. Charity is a voluntary giving, whereas socialism is a forced redistribution of wealth – the taking from those who have more and giving it to those who have less.

Nowhere in the Constitution does it say the role of government is charity. The role of our Constitutional Republic is to protect our unalienable rights (as stated in the Declaration of Independence) and our safety (via Article 1: Section 8 of the Constitution) – not to grant entitlements. Thomas Jefferson stated: “To compel a man to furnish funds for the propagation of ideas he disbelieves and abhors is sinful and tyrannical.”

The 8th commandment says that “Thou shall not steal.” Stealing is the forceful taking of property or money that belongs to others. Whether a thief steals your money at the barrel of a gun, or the government takes your money by forced tyrannical taxation, socialism, or at the barrel of a gun in communism, it is still theft. Taxes for entitlements are merely a way to extort forced charity for others.

The apostle Paul says in II Thessalonians 3:10, “If a man will not work, he shall not eat.”

The Levitical law commanded the Israelite farmers not to harvest the outer portion of their fields or go back over their vineyards a second time. This was to be left for the poor in the land who would come and “glean” the fields for their food. However, the poor had to work for it. They didn’t get to dip into the farmers’ grain baskets to take produce already harvested or force a farmer to give his harvested grain away.

Socialism also breaks the 10th commandment: “You shall not covet your neighbors’ goods.” We hear the social justice warriors today saying that it’s not “fair” that someone should have more than someone else. Really? The Biblical principle is not forced redistribution. If you desire what someone else has, you work for it, not covet and steal what they have honestly earned by their labor. This is true social justice.

And finally, socialism breaks the 1st commandment: “You shall have no other Gods before Me.”

When Christians give charity with their time and money, who gets the glory? God does. When government becomes Santa Claus handing out entitlements, who gets to glory? The government and politicians! Therefore, government has now become their god.

Voluntary compassion from a person or a group builds, teaches, and strengthens; but compassion from government always creates dependency, a spirit of entitlement, and an expectation that this entitlement is a “right.” It discourages any motivation to change.

Socialism is not social justice. It is social oppression. It spreads misery around, not success and wealth.

In the Parable of the 10 Talents, Jesus praised the man given the most money, because he made the wisest investments for his master. Then the master took the money from the lowest paid man and gave it to the man with the most money, because the man who received the least squandered his gift. That doesn’t fit the “fairness” and “social justice” mantra today.

No, Jesus was not a socialist and the Bible does not promote socialism.

We give God the glory with voluntary charity and service. This is how you love your neighbor, and thereby God gets the glory, not the government.